As their hotly anticipated comeback record, Sol Invictus is Faith No More’s first album in 18 long years. Does it live up to the lofty expections the band left fans after their last release, Album of the Year? Or does it wallow in nostalgic self reference? Well, let’s find out. 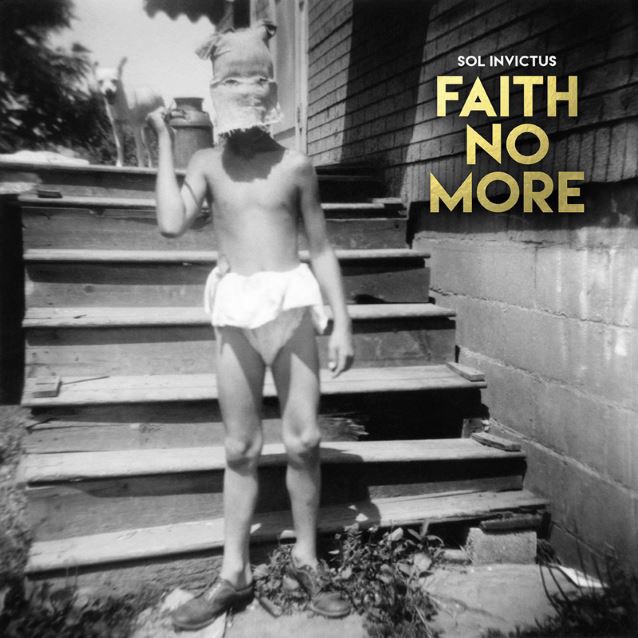 Starting off the record is title track Sol Invictus, a slow burning introduction to the kind of dramatic jazz that Faith No More embrace with fervour at the first opportunity. As an opening track, it works beautifully. Simple piano-led melodies drive the song, accompanied by Mike Patton’s smooth, earth-like tones. For the duration of the piece, we’re treated to a gradual climb to an almost teasing crescendo toward the end of the song, whilst the smooth, eerie melodies continually build, showcasing already just how impressive Patton’s vocal range truly is. Alas, from the contemplative, slow building introduction, we are thrown straight into lead single Superhero, a raucous, thought provoking track that could sit very easily with the best material the band have ever released. It’s frantic, complex pace and timing create a song that worms it’s way into your subconscious with each subsequent listen, and truly makes you appreciate the track’s previous sibling, giving the calm a whole new dimension. However, it is clear from this point in the album that keys are given a more pivotal role in proceedings, siting comfortably in the mix alongside the lead guitars. It’s this kind of style that made FNM so accessible to everybody years ago, and it’s still prevalent today.

Next is the bizarrely titled Sunny Side Up, a track that is, as Im sure you might have guessed, all about breakfast. Touting such lyrics as “Sunny Side Up/Such A Lovely Way To Start The Day”, the song is anything but straightforward. Funk inspired riffs pepper themselves throughout the track, lending the song an almost surreal quality, not unlike Angel Dust’s RV, straight down to the crescendo ending and crooning vocal lines on the verses. Following this is the brooding, claustrophobic Separation Anxiety, one of the more heavy track on the album. With riffs reminiscent of classic Surprise! You’re Dead! , this is another that could sit comfortably with the band’s best work. I have a feeling that live, this will be a serious contender for best of the set.

From one brooding track to another, we have the dark, haunting Cone Of Shame; a slow, almost dirge-like look into the mind a trapped animal. We witness the darker side to Patton’s psyche, with the slower piece giving way to an intense breakdown section toward the latter end of the song. Guitars here are on top form, giving just the right of depth and eerie contemplative qualities to a track that might not even have needed them. Rise of the Fall, the 7th track on the album is another slow burning, haunting track with a beautiful emphasis on bass and drums. Patton’s vocals dance over the minimal synths presented to us, with the listener very occasionally being treated to brief snippets of heavily distorted guitars. Another great track on an already brilliant album, even if it is less eventful than the rest.

Up next, my personal favourite, Black Friday. An acoustic driven track, the song really encapsulates the essence of Faith No More. Verses that wouldn’t sound at all out of place on a country record flanked by brief, intense blasts of sonic assault in the forms of still catchy choruses. The guitars and vocal lines take centre stage here, creating a Mexicano tinged southern rock piece that oozes swagger and style. This is followed by the first single, Motherfucker. Yet another slice of classic Faith No More goodness, the song is led by keyboardist Roddy, pushing through the track in an almost rap like drone, leading a chorus ready to be chanted back at the band at the first opportunity. It takes a full minute or so before Patton even makes his appearance on the track, and when he does the song manages to evolve from a sharp, scathing reflection on society to a beautiful exchange between two incredibly different voices. Minimalist in content, the song builds to an impressively uplifting crescendo, and is yet another stand out on the record.

Clocking in at just over the six minute-mark, Matador is a slow, soaring, beautifully composed piece that allows the listener to really experience the diverse range of Mike Patton’s vocal style. A repeated piano line pulls the song, creating a sound so incredibly dark I wouldn’t even call it out of place on a Behemoth record. Giving way around halfway through to a bass-heavy, riff led version of itself, the song contains so much diversity it’s difficult to comprehend. While it isn’t one of my favourite tracks on the album, it’s one that absolutely deserves your complete and utter attention. One of the most interesting pieces on the disc, the song is nothing short of captivating. As we come to a close, we reach album closer From The Dead. An acoustic piece that both lifts and invigorates the listener, as arguably the most upbeat song on the album. However, I must be honest, I’m really not a massive fan of the song at present. In comparison to the rest of the disc, it’s just a bit dull. However, this does nothing to detract from the album.

Yes, I am incredibly happy to report that Sol Invictus is more than just a comeback record. From the moment I pressed play, it was really like the band had never left, releasing an album that sits snugly in the impressive pantheon of Faith No More’s seminal material. Welcome back, Faith No More. We missed you.
9/10