After the lukewarm reception to their 2014 release Runes, Bury Tomorrow return with their new album Earthbound, a promised return to the success of the quality of previous releases such as Union Of Crowns. Have the boys delivered on their promise, or is this just another Dystopia? 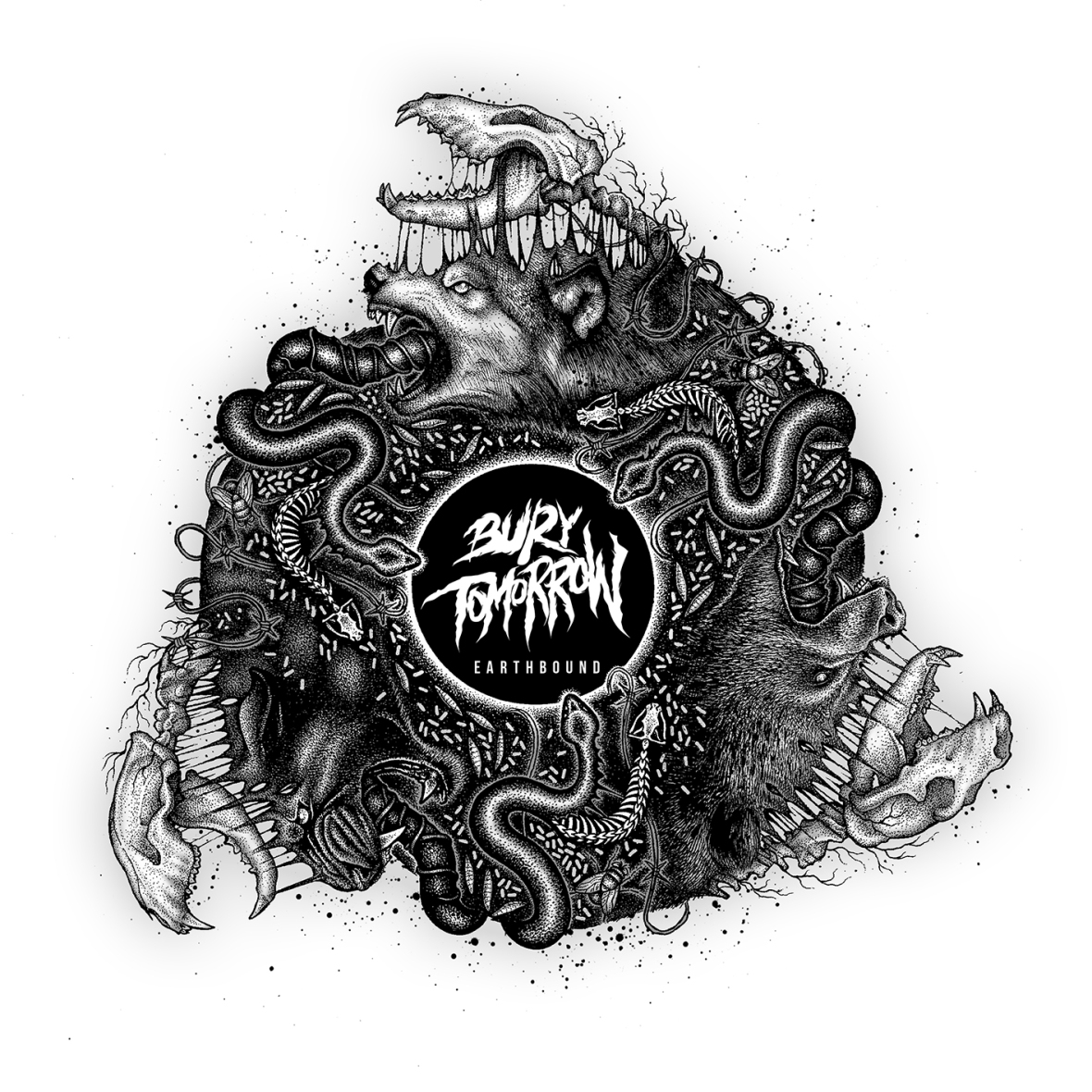 Kicking off with an onslaught of conflicting melodies, riffs and drums, lead single & title track Earthbound impresses on every level, featuring some of the best lyrical content on the record and an epic chorus strong enough to level a small town. Scattergun instrumentals keep the song fresh throughout, and the band’s decision to release it as their main offering makes total sense in the context of the record. Moving on to the mass of breakdown-style verses of T10he Burden we have the album’s first truly spectacular track, with an ever-changing musical landscape with some furious stomp and fluctuation between rapid and half time stickwork, the track stands out as one of the best moments to be found on the already strong album.

Reaching the album’s halfway mark, Cemetery greets us with some of the more headbang-worthy moments on the record. A fantastic vocal performance from Daniel Winter-Bates stands out on this track amongst fantastic breakdowns and an incredibly effective minor-based chorus. A bouncy riff intro brings us into one of the album’s admittedly weaker tracks, Restless & Cold. Whilst there’s nothing offensive or to dislike here, it’s just a bit more standard than the rest. Still, a decent chorus and a great breakdown save the album’s sixth song from complete monotony.

Great riffs and an almost instrumental performance from Winter-Bates allow 301 to really stand out amongst the album’s second half, and a surprise appearance from Hatebreed’s Jamey Jasta elevates the track even further, becoming another stand out moment for the listener. Featuring memorable lyrics, strong chorus melodies and an all-out power driven sound, Memories sits comfortably with a refreshing clean guitar-break toward its third act.

Who said an album’s conclusion can’t hold some of the best songs a band can possibly conceive? Penultimate track For Us steals a place in the listeners heart at a late stage with it’s fantastic intro and some of the best riffs on the entire album. This is, however, rendered unnecessary by the perfection that is Bloodline. Opening with an almost Pantera-esque riff and continuing as such throughout, saving the best ‘til last must have been the foremost thought in the minds of Bury Tomorrow. Deceptively simple riffs accompany powerhouse vocals and a pummelling drum performance, leaving me wishing that the track could have been scream-exclusive by its end. Nevertheless, it’s clear the band haven’t lost any of their edge with this final track.

Against waning interest, Bury Tomorrow just might have managed to undo past mistakes made on Runes with a returning album worthy of knocking the seminal Union Of Crowns from it’s perch. A vastly improved vocal performance alongside the raw powerhouse that is the rhythm section of the band, Earthbound is a serious contender when it comes to the best of the genre. The record’s singles have only improved with time, something I thought personally impossible after the sublime Lionheart. Smashing preconceptions, Bury Tomorrow have delivered the finest hour of their career so far, and their best days are only ahead of them.