February 15, 2016February 15, 2016 • autographvirus
After the band’s powerhouse sophomore E.P. The Callous Heart, Creeper are back once again with their third offering in as many years with The Stranger, a release promised to contain some more teeth compared to previous efforts. With the quality of their work as a band so far, The Stranger has some impossibly high standards in it’s sights, have Creeper managed to improve on their already vastly impressive repertoire?
Creeper
The Stranger

The Secret Society
Valentine
Black Mass
Misery
Astral Projection
Bringing the listener into the E.P. is the bombastic call to arms The Secret Society, with clean guitars launching into distortion and gang vocals before you know it. The simplistic rhythm section on the song only serve to highlight the immense power behind each strummed note, every beat hit. The piece’s atmospheric solo toward the third act promises to bring live crowds to their knees, a moment no self respecting fan can allow themselves to miss. Ending with suitably gothic organs, the track sets up the E.P. beautifully.
AFI fans rejoice,Valentine has you covered as the band’s influences shine through here in spades with a track that could have been pulled straight out of Sing The Sorrow in the best possible way. The song’s poppy chorus serves as a fantastic contrast to the rest of the piece’s edge, with it’s use of beautiful melody and atmospheric backing vocals, and the band’s juxtaposition of punk guitars backing soaring vocal lines works beautifully well.

Coming to what may be the strongest song of the year so far, Black Mass‘ bass-heavy intro and jump into punk-rock riffs set the listener up for what proves to be one of the most infectious choruses I’ve ever heard. As an absolute stand out song of their so far near-perfect career, I can honestly say I’ve been singing it in my head for weeks. The track’s wonderful use of a 50’s-esque slow dance section toward it’s third act only helps to cement itself as an anthem, and one that Creeper deserve to showcase for years to come.
To say that Misery is a better song than Black Mass should be an absolutely impossibility, yet I can confidently say that for me, Creeper have written the best song of their career without a doubt. Eerie & beautifully haunting whilst retaining a hint of bleak optimism, the bulk of the track features solely vocals and clean guitars, creating one of the finest musical moments I’ve heard since Jason Butler’s inclusion on the fantastic Wonder Years record last September. Will’s voice manages to dance delicately along the spectrum of both soaring vocals and beautiful subtlety. Put simply, Misery is mind-blowing and frankly, perfect. 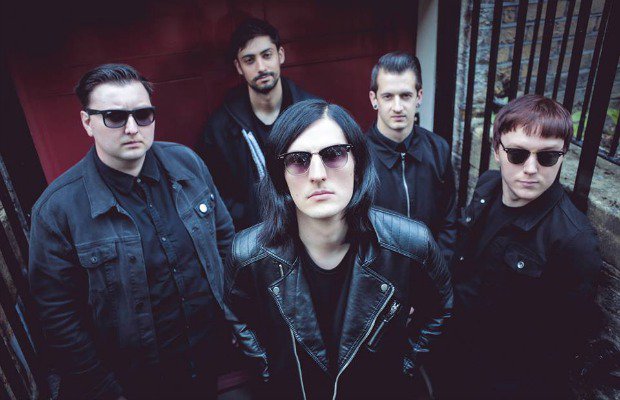 Bucking the band’s own trend for slow album closers, Astral Projection is one of the E.P.’s fastest tracks with yet another stand out chorus amongst others. Musically, there isn’t a single screw loose amongst this perfect machine, and every single member of the band plays their part with gusto. Ending with a bone-chilling solo vocal performance from Will, his voice echoes throughout the listener’s headspace leaving a mark that’s just borderline impossible to ignore.
Let it be known, reader. Creeper are by far the most exciting band on the planet in 2016, and being able to say that is incredibly satisfying as a fan of the band. I could write an essay on the perfection of this E.P., the choruses, it’s subtleties. The band has real spunk, and musically the guys and girls carry such heft behind the beautifully crafted melodies. Lyrical content here is as infectious as the flu, but the sweetest most intoxicating flu around. Reader, I can try all I like, but nothing can prepare you for the absolute perfection, the genius that is The Stranger.
9.5/10
The Stranger is released February 19th via Roadrunner Records.
@Autographvirus – Chuck me a follow if you enjoyed the review!